Yet it’s an observable fact that some human beings seem somehow to be capable of working or achieving at a level that’s way beyond most of us, no matter how hard we try or how long we practise. I know that no amount of striving would ever turn me into another Maria Callas or another Jackson Pollock, and certainly not another Stephen Hawkins.

Click here to find out how did these people get to be so astonishingly capable? 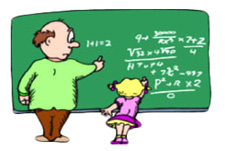 For overseas viewers:
the spelling used on this website is in accordance with New Zealand usage and may differ from usage in your country.